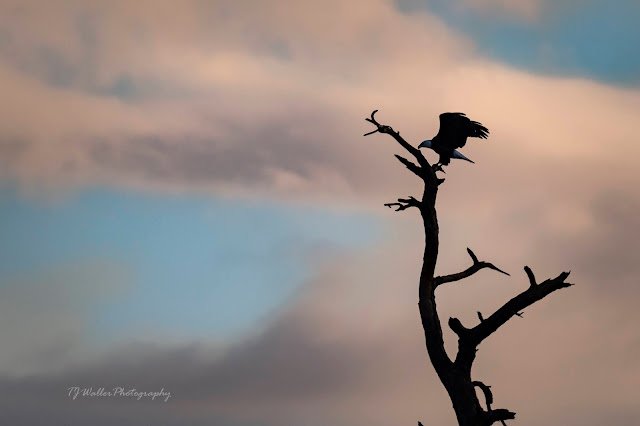 Have you ever had a day of shooting where nothing seemed to go right? The light sucked, nothing was moving and you couldn't even land a good shot of a bug.

Don't worry, every single one of us has been there. There is, however, one thing I've learned in the age of digital photography: Rule #1 - never delete your shots in-camera (unless, of course, you missed it completely or it is seriously out of focus); and Rule #2 - always remember Rule #1!

Sort Your Images On A Computer!

Another thing I've also been trying to do is, while I'm sorting through my shots on my computer screen (being able to see them much better, I can tell which ones may have potential) I don't start trashing photos until I play with the ones I like in my editing software (I use Photoshop); even if they are way too dark.

As we all know, we often just don't have the time to make in-camera adjustments. I can't count how many times I've adjusted the settings for - let's say - some early morning shots, get the shots I want, then move on. Then, when I come up on another scenario just 15 minutes or so later, oops!, I start snapping away either because things happened way too fast or I just plain forget to re-adjust my settings!

The photo above of the eagle is a perfect example. This one wasn't a matter of settings, it was simply nature being nature. The sun was just above the horizon and I was getting ready to shoot some sunrise shots when all of a sudden I saw this Bald Eagle heading for the tree you see in the photo. I had adjusted my exposure for the bright morning sun, but wildlife is unscripted. It definitely doesn't follow any photography rules so I knew as I was taking the pictures the eagle would be nothing but a silhouette. But hey, this ain't film, this is digital! So snap away, snap away, snap away all! The result was as such: 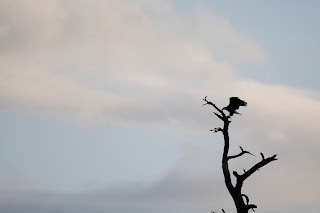 Because I shoot in RAW (and I suggest you do the same if your camera allows) I was able to recover the colors I saw in the sky and bring back just enough of the eagle's coloring to make a salvageable photo. A little cropping for composition and voila! The photo at the top of the page is the final result which makes for an interesting and eye-pleasing image!

Tricks Of The Trade

Another way to salvage shots you wish had turned out better is to go B&W - black and white!

Just the other day I was on a wooded path early in the morning when I came across some deer in front of me. I shoot with a Nikon D500 which allows me to get some decent shots in some not-so-good light; but it was pretty near dark when I took the shots. But what the heck, right? Again, it's digital! It's not like I'm wasting film or anything. Plus, it's just fun to try.

So, pop! pop! pop! I take my shots. When I look at them on the camera screen I could hardly see a blasted thing! But I kept them (following Rule #2!)

When I got back to the office and my trusted computer, they didn't look much better! I really liked the scene though - the story the photo told. Two deer huddled together with a third looking on in the background. I just liked it. One of those "tender moments," I guess. 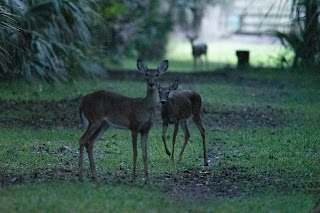 Before
RAW file from camera 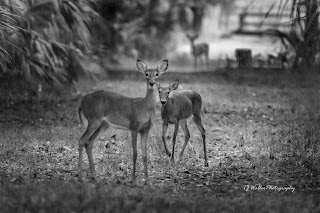 After
Edited in Photoshop

It still had a little grain in it but, to me, that grain added a little something to the Black and White.

Every seasoned photographer - professional or amateur - knows that one of the secrets to this gig (or hobby) is knowing what to throw away and knowing what to keep. This comes with practice... and the wisdom that comes with the often-tongued phrase, "Man, I wish I hadn't deleted that photo!" 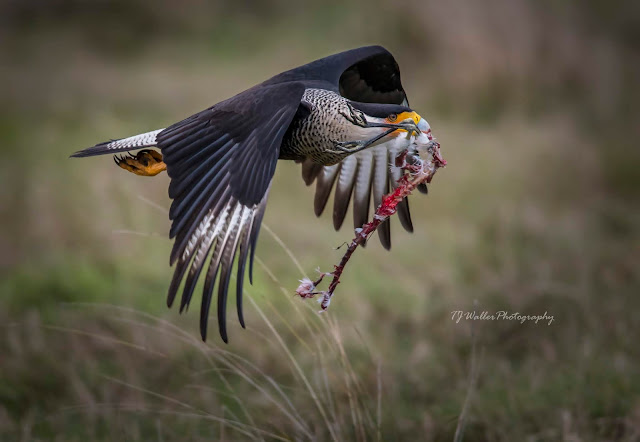 Just Get Out There!

TJ Waller Photography
TJ Waller is a Florida professional action/adventure photographer and wildlife guide. Published in Birds & Blooms Magazine, Oviedo Life and on National Geographic’s YourShot website, TJ owns Adventure Photography where he takes his clients on day hikes or camping trips and teaches them how to get the best photos out of their adventure!

Visit profile
Back to Home